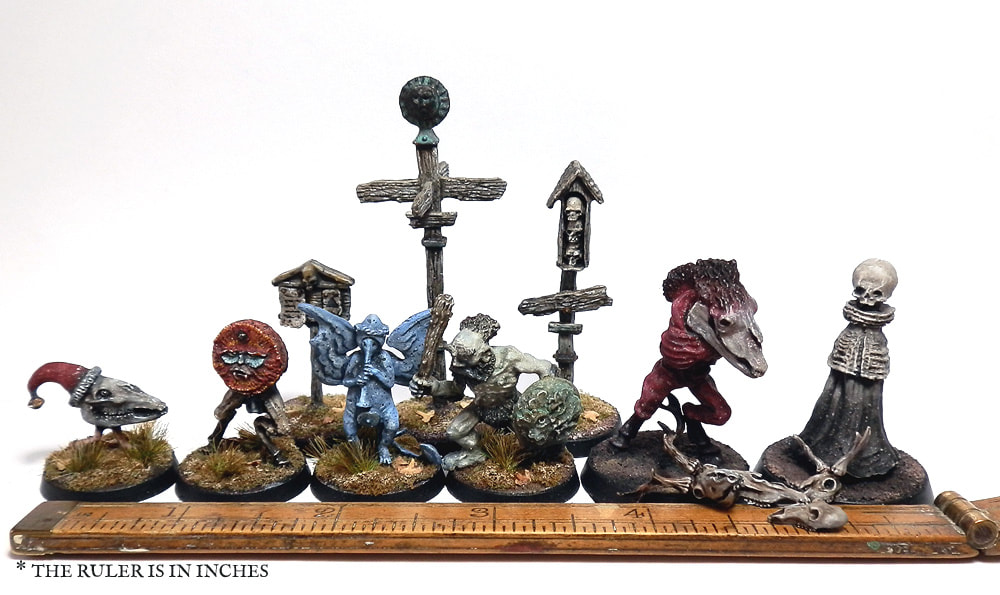 Mar 12 2019:
​
​I've just launched a Kickstarter for a number of miniatures sculpted by Ana Polanscak (of Gardens of Hecate blog fame).  If you're a fan of old school Warhammer or weird dark fantasy miniatures, please check it out!
Dec 13 2018:
​
​Sounds like the postal workers have been forced back to work, so postage should be back to normal.
Oct 25 2018:
​
​Please be aware that there may be delays with delivery due to the Canada Post rotating strike.
Sep 5 2018: 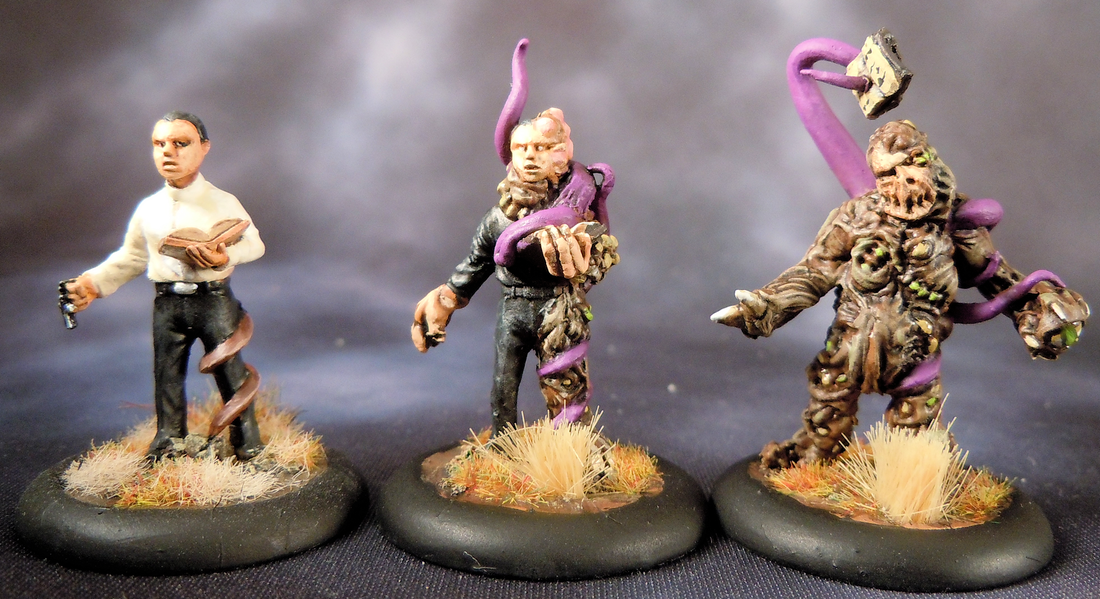 Finally got the master casts in of The Devolved, and spent some time getting them painted.

Did a bit of playtesting to try out some new rules and iron things out.
Jan 18 2018:

Painted up a few The Changed miniatures for playtesting.  Again, the camera shows me all my crappy painting mistakes.  ;-)

Just launched another Kickstarter!  This time for some gribbly "devolved" miniatures - ten new sculpts, in the line of "The Changed" minis. 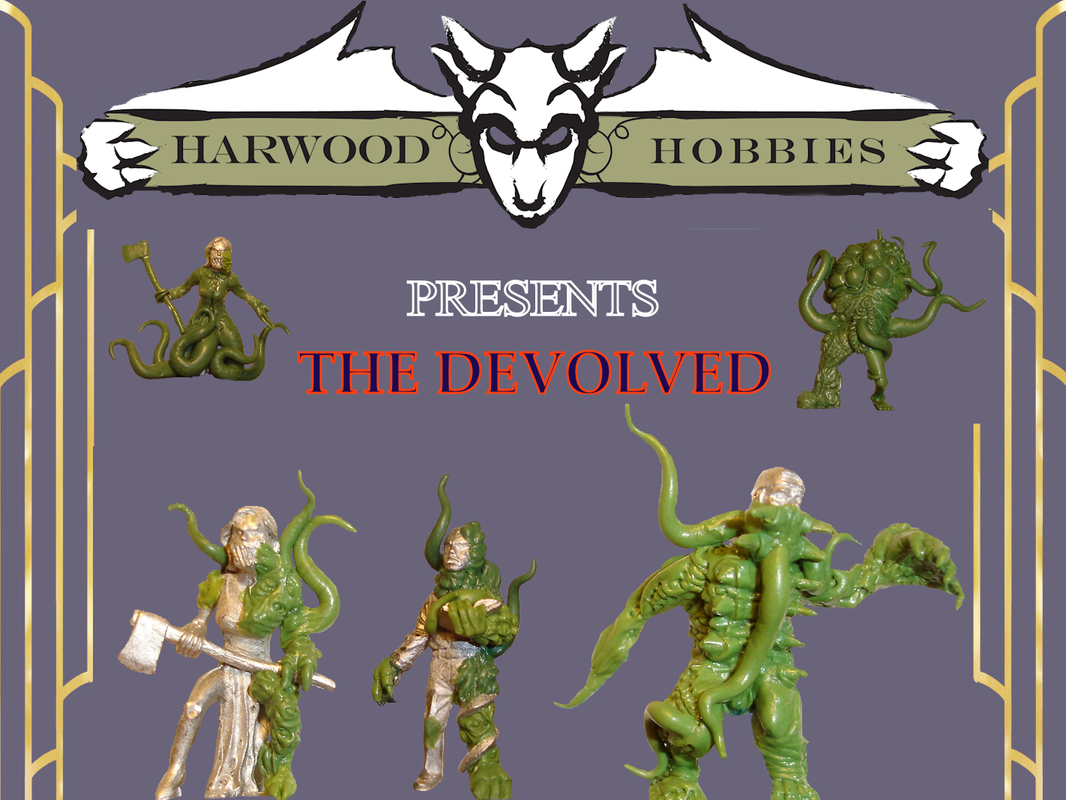 All miniatures from the Kickstarters are all up on the store now!  I do have some of the acrylic ritual circles still, and will have them up on the site for sale eventually.
Aug 15 2017:

Finally started putting up the Lovecraft Circle miniatures from the last few kickstarters.  Check them out in the online store.  I should have most of them up there by tomorrow.
Jan 07 2017:

All of the Ex-Tengu Kickstarter pledges have shipped!
Nov 24 2016:

I have launched a new Kickstarter in order to cast the excellent miniatures I picked up from Tengu Miniatures.  Please support if you like Tcho-Tcho, 1920's zombies, and zombie clowns! 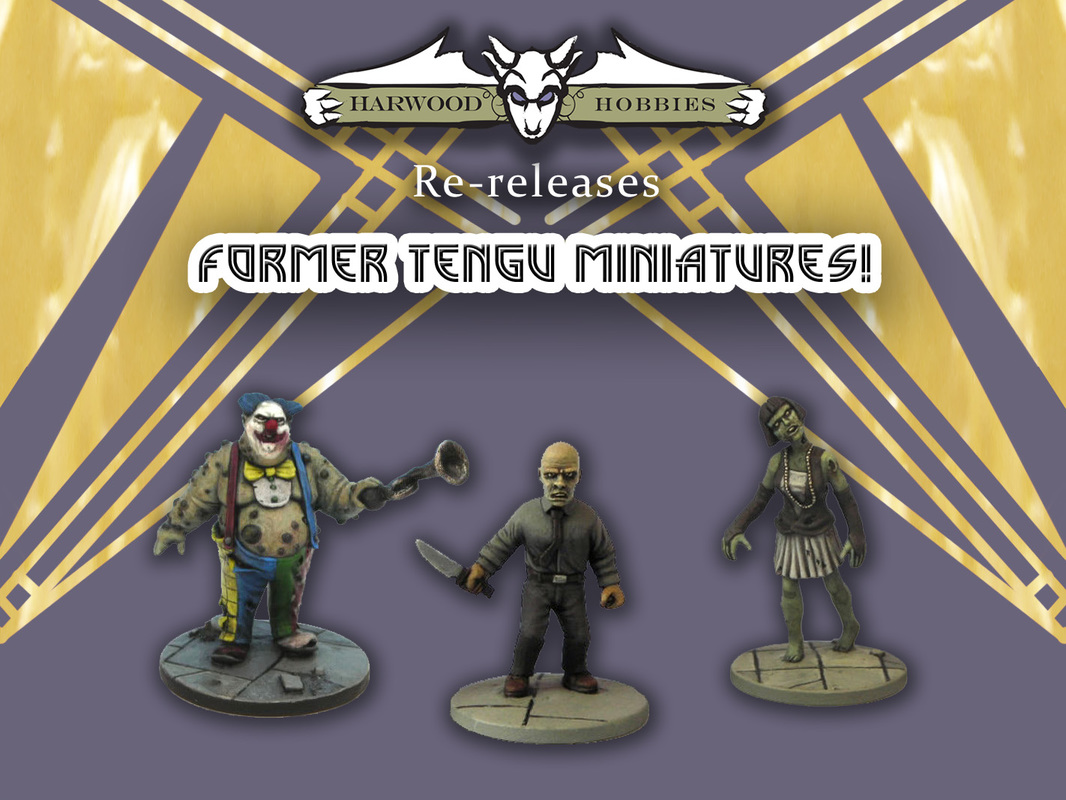 All of the Cultist Kickstarter pledges have been mailed out!
June 5 2016:

One of my cultist kickstarter backers, Kenny, tried out spraypainting over the protective paper on the ritual circles and this is how it came out - love it! 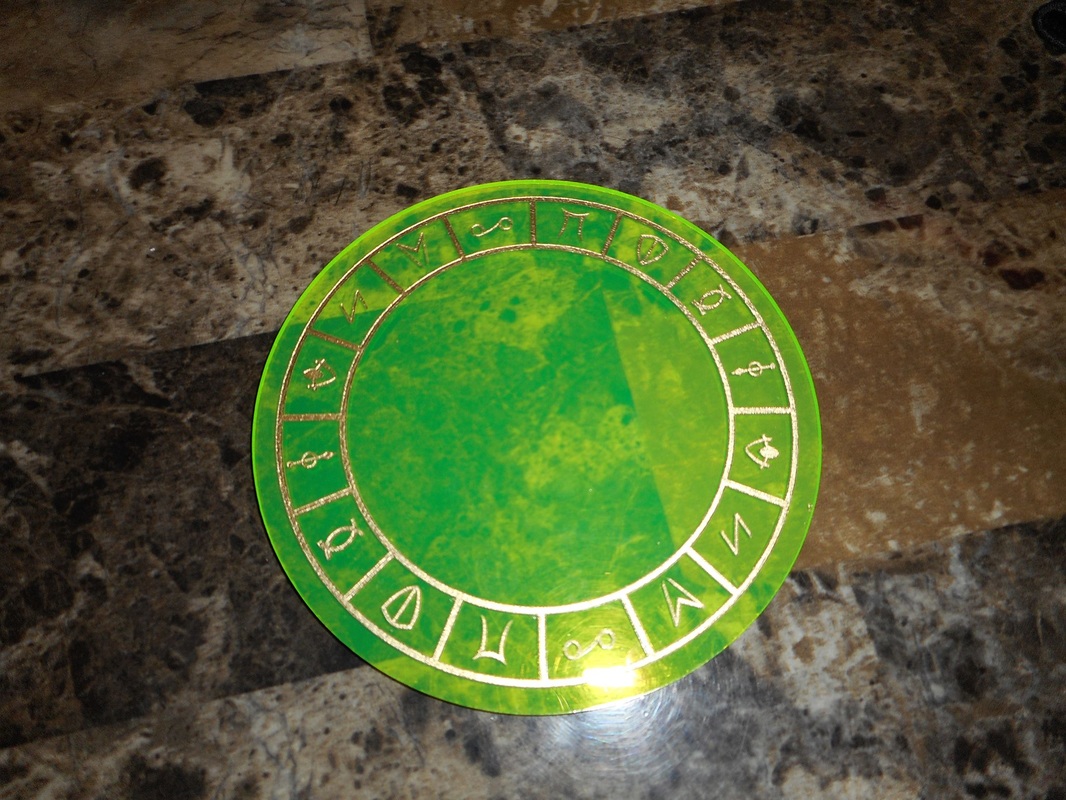 Kickstarter funded!!!  Thank you everyone who backed me to make some cool cultists!
November 24 2015:

I have just launched the cultist kickstarter!!! 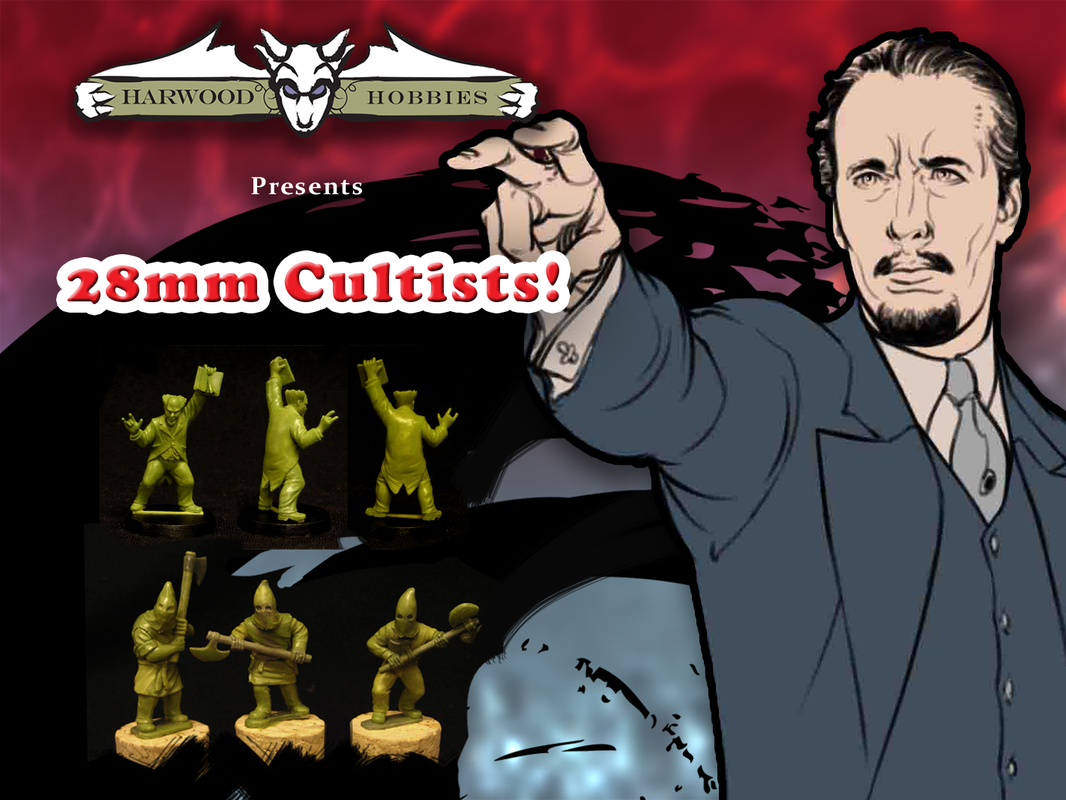 Okay, I didn't realize it had been so long since I updated this.  Big news though - the next kickstarter is almost ready to launch!

The kickstarter just reached its goal!!  Woo!  Thank you everyone who pledged!
October 8 2014:

﻿ I have just launched the Harwood Hobbies kickstarter! I am hoping to raise enough to get the next batch of miniatures cast up. I have had these sculpted for a while, but haven't had the funds to get them cast. Any help you can give will be very much appreciated! 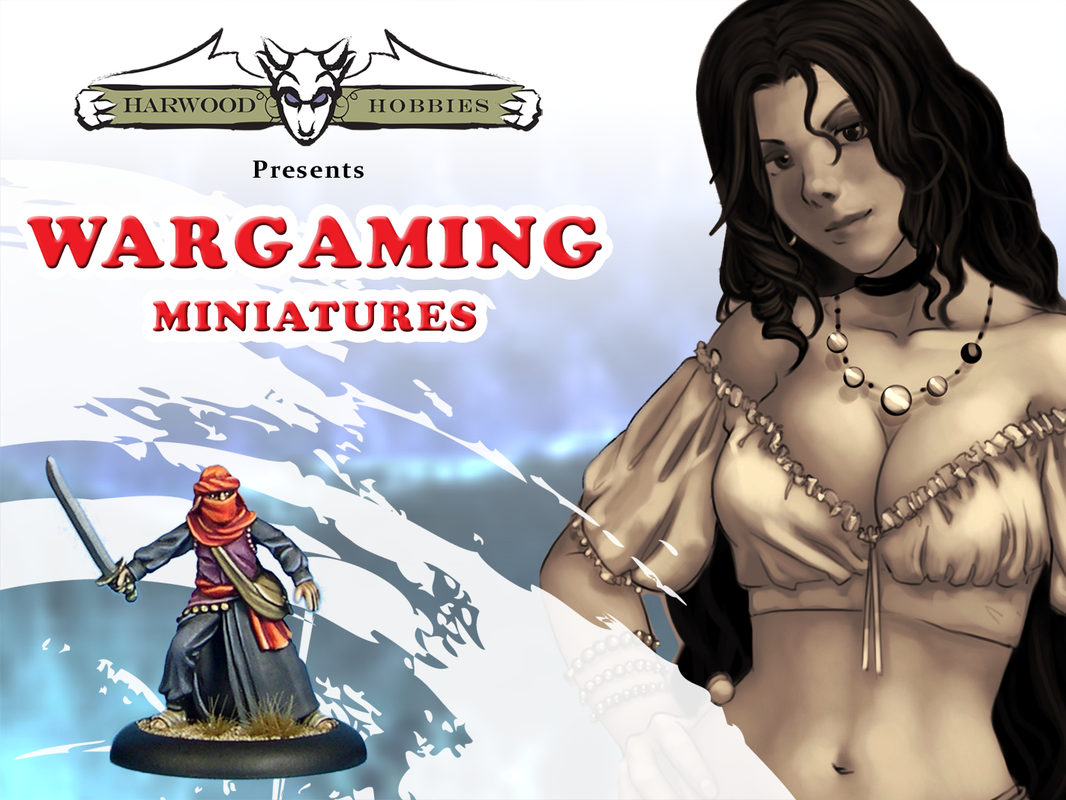 Welcome to the new Harwood Hobbies website!  And of course I put it up online a few days before I head out of town for two weeks.  I'm also working on the kickstarter campaign right now - I have a number of miniatures that I hadn't put into production all ready to go from years ago!  So I have finally decided to put them up on kickstarter to get the funds in order to get them cast.  Have a look at my blog to see some previews of the miniatures!